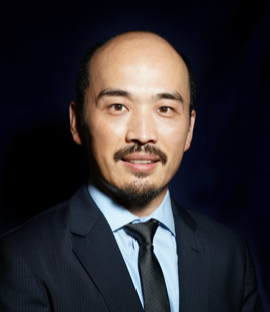 The U.S. economy is expected to witness negative growth in Q2 and enter a recession earlier than predicted as a result of the novel coronavirus pandemic. Take presidential election into considerations, the pandemic may cause the Trump administration to further accelerate its deglobalization push, said Professor Jian WANG when interviewed by Head Start In Finance program of Phoenix TV in March. As the pandemic unfolds, although the Trump administration has implemented a series of economic relief measures, there is little doubt that the economy will enter a recession. In terms of monetary policies, after returning to zero interest rate and launching unlimited QE, the Federal Reserve will become very restricted in its future policies, having “basically blew out all the bullets it can use,” which will cause market concerns and panic, said Prof. Wang. Regarding fiscal policies, the $2 trillion economic relief package can mitigate impact of the epidemic on low-income households to a certain extent, but the total economic relief is nevertheless not enough compared to the damage caused by the epidemic; and judging from the effect of similar measures during the 2008 financial crisis where relief money was given to households, the effect of this financial aid package as an economic stimulus will be limited. Moreover, the fiscal stimulus policy will further increase fiscal deficit; the American people will downgrade their consumption out of concern over the economy; and failure to improve the economy will in turn put pressure on fiscal system, which means the financial stimulus measures available to the U.S. were relatively limited. Pandemic may detonate potential risks of a recession of the U.S. economy The Center for Macro-Financial Stability and Innovation, Shenzhen Finance Institute, led by Prof. Wang, regularly analyzes the U.S. economy. In the research report of the past two years, Professor Wang Jian has repeatedly warned that the U.S. will enter a recession in 2019 or 2020. According to his research, he found that the U.S. real economy and the stock market has clearly disconnected in the past two years, with the real economy performing not as strong as the stock market. Since the 2008 financial crisis, the labor productivity in the U.S. has seen a rapid decline, causing the overall production efficiency to dip considerably. Especially since 2018, due to insufficient confidence in the real economy, the growth of private-sector investment has lingered at a low level; without many new areas of growth for investment, many firms have chosen to make share repurchases, leading to the phenomenon of “irrational prosperity,” where the stock market is strong while the real economy stays weak. That is why Prof. Wang predicted earlier that the U.S. would experience a relatively severe recession in 2020. The novel coronavirus epidemic has accelerated this process. “The market awakened to the bitter reality, which will have a serious impact on the real economy. It has caused some of the weaker areas of the real economy to collapse, causing the recession to come earlier than predicted.” Economy may experience prolonged stagnation after the pandemic The outlook of the U.S. economy is very gloomy in the short term. The country’s economic activities will be essentially on a semi-shutdown at least from now until May or even June. Based on the current situation, Prof. Wang predicts the U.S. will experience negative growth in GDP in the second quarter.. Even when the pandemic is over, the probability of a strong economic rebound is still slim. There haven’t been many new growth points in the U.S. economy in recent years. Even if the pandemic is over and economic life returns to normal, without promising economic growth points, the economy will not see significant improvements in a short time. If firms do not invest, there will be no new jobs, and households will consume less out of concerns over limited job opportunities and future income, which will further reduce the profits and investment opportunities of firms. Such a vicious circle will lead to a very weak recovery of the economy. Although the epidemic is a short-lived disruption, its negative impact on the U.S. economy is likely to last for at least two to three years, if not longer. Appropriate fiscal stimulus policies can give the economy the help it needs to come out of the woods. Although the market is currently permeated with pessimistic sentiments, whether the economy will worsen to the extent of the 2008 financial crisis or the Great Depression of the 1930s depends on how the pandemic develops and how the risks are controlled. What is crucial is whether the U.S. government can quickly calm the panic of the public and effectively control the pandemic, minimizing its impact on the real economy. In addition, whether the financial market there will be greater turbulence in the entire financial market also brings uncertainty to the probability of an economic recession. If some of the major financial institutions become insolvent, the impact on the U.S. and even the global economy will be “fatal”. Under the epidemic, fear may exacerbate deglobalization “The outbreak of this pandemic actually gives the Trump team a very convenient excuse,” said Prof. Wang. As some key medical equipment and supplies are manufactured in different parts of the worlds as a result of globalization, the U.S. has been unable to integrate its resources in a short time and significantly increase the supply of medical resources needed by the country. As a result, some radical groups believe that globalization has weakened the country’s ability to withstand disruptions and that therefore global supply chains need to be redistributed. They advocate that production of what they consider to be national security-related or vital be moved back to the U.S. If Trump wins the upcoming presidential election, he will further push his deglobalization proposition by taking advantage of this pademic as a negative factor. This will create an unfavourable situation for global economic growth in the future.
Previous page：Novel Coronavirus Pandemic Accelera... Next page：U.S. Unleashed Unlimited QE and C...