On November 25, the 2021 Macroeconomy Forum and Innovation Summit, co-organized by The Economic Observer and Economic Observer Media, was concluded successfully with academic support from Shenzhen Finance Institute. At the summit, Zhao Junhua, Director of the Energy Markets and Energy Finance Lab of the Shenzhen Finance Institute and Associate Professor of the School of Science and Engineering of The Chinese University of Hong Kong, Shenzhen, said that, energy transformation, especially in the power sector, should be the core of achieving the double carbon goal. New energy, energy storage industry and electric vehicle industry will usher in better development opportunities. Professor Zhao Junhua pointed out that, for China’s low carbon transformations, the core is mainly at two levels: the first is the country’s energy transformations - we have to transform from the energy industry with high-carbon energy as the core to a low-carbon and clean energy industry. The second level is the transformations of China’s industries, where some of the previous high energy-consuming and high-polluting industries should be transformed into green and low-carbon industries. 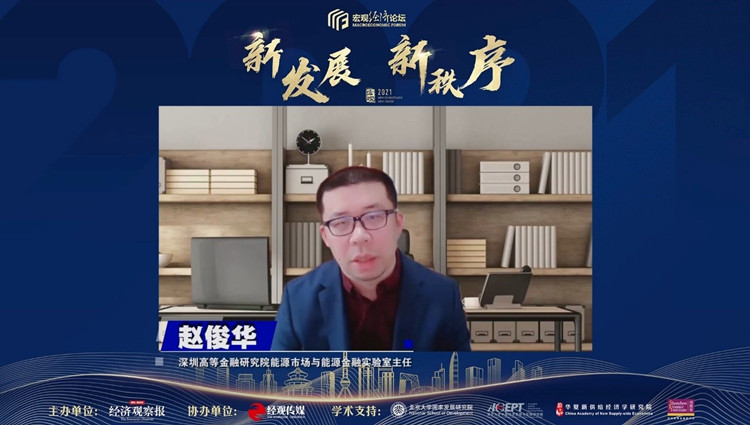 In addition, Professor Zhao Junhua expressed his views on “How the Constructions and Operations of Carbon Markets Can Help Us Achieve the Goal of Carbon Neutrality and Carbon Peaking”. According to him, “the carbon market is one of the most important policy tools to support our dual carbon strategy. By establishing a market mechanism for carbon emissions trading, we will set a price for carbon emissions in the market, and after that, any enterprise that wants to emit carbon dioxide will have to pay a corresponding financial compensation accordingly. This is the basic logic of the carbon market.”