School of Management and Economics, CUHK-Shenzhen 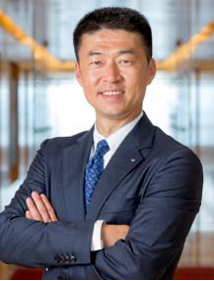 David Wang is head of Asia Economics (ex Japan) and Chief China Economist at Credit Suisse. Prior to joining Credit Suisse, Mr. Wang was an economist in the research department of the International Monetary Fund (IMF), primarily responsible at various times for macroeconomic forecasting of Asian countries and the Eurozone countries. Before the IMF, Mr Wang was a researcher for BlackRock’s Multi-asset Solutions team, specializing in tactical asset allocation, country, and sector rotation within the equity and commodities spaces. Mr Wang started his career in the financial industry as an analyst at Morgan Stanley, focusing on convertible debt underwriting and equity derivative valuations.

Mr Wang holds a Ph.D. in Economics from Stanford University and received his undergraduate education at the University of Chicago, during which he also functioned as a research assistant at the Chicago Federal Reserve.

As we enter a politically important year in 2022, China’s economy is facing a number of challenges (sluggish household consumption, slowdown in real estate investment, etc.). Growth is expected to decelerate significantly, with the main debate being to what extent the growth will decelerate. Credit Suisse’s GDP forecast of 5.9% assumes sufficient policy support to achieve the potential growth above the target in one year. This is because economic and social stability is particularly crucial this year.

In 2022, the new regulatory framework will be largely in place, or will take shape by the end of the first quarter and the beginning of the second quarter. In 2021, the government uses the base effect since 2020 to provide a degree of security for the economic rebound, normalizing monetary and fiscal policy while actively strengthening its regulatory framework. Admittedly, this is not to say that there will be no new regulatory changes after the second quarter, but the pace of changes should be much slower. If it does, then this will significantly reduce regulatory uncertainty and generate the typical response associated with low uncertainty, i.e. investment growth will be higher than it would have been in an environment of uncertainty, particularly in the strategic sectors.